Lula White and Dorothy Johnson are sisters. In 1944 their father, Edward White Sr., moved his family to Connecticut in order to work at the Armstrong Rubber Company and later at the Winchester Plant.

The two sisters were born in Alabama but raised in New Haven in the Dixwell/Newhallville neighborhood. They are both long time members of the Executive Board of the Greater New Haven Labor History Association. In 2010-2011, assisted by other board members and volunteers, they conducted oral history interviews with former Winchester workers about their experiences at the plant. 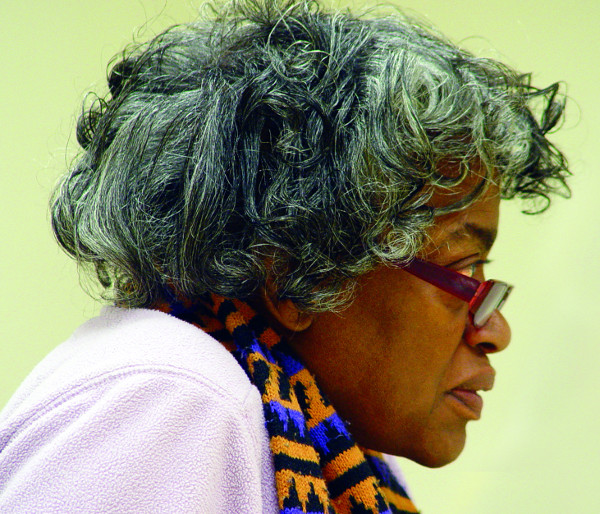 “I can remember when I was a little kid I’d walk down Winchester Avenue with factories on both sides of the street. You had to get out of the way when the shift changed.”


Dorothy went to school in New Haven and worked at Circuitwise in North Haven from 1977 until it closed in 2004. She was an inspector and later served as president of United Electrical Workers Union Local 299 from 1994 until 2004.


Reflecting on the demise of Winchester and the rise of “Science Park:

“A lot of the neighborhood people feel shortchanged because they are not being hired.”

Most of the people I grew up with had fathers who worked at Winchester…You could hear the Winchester whistle for miles away. [At the sound] we’d leave the Winchester School, go home for lunch, and then come back.”

Lula attended school in New Haven and went to the University of Chicago on a scholarship. On July 9, 1961, the then 22 year old White was arrested in Mississippi as a Freedom Rider, joining the more than 400 Americans who challenged the status quo that sanctioned racially segregated bus and train stations. It was a time when black and white citizens resolved to not “cooperate with segregation laws anymore.”


Reflecting on the demise of Winchester and the rise of “Science Park”:

“Everyone we knew worked at Winchester. Now it’s Yale.”