“I decided to write the article [about Winchester selling guns to South Africa] because I saw a documentary…about how horrible conditions were [there]. I was scared to do it [at first] but this documentary changed my mind.” 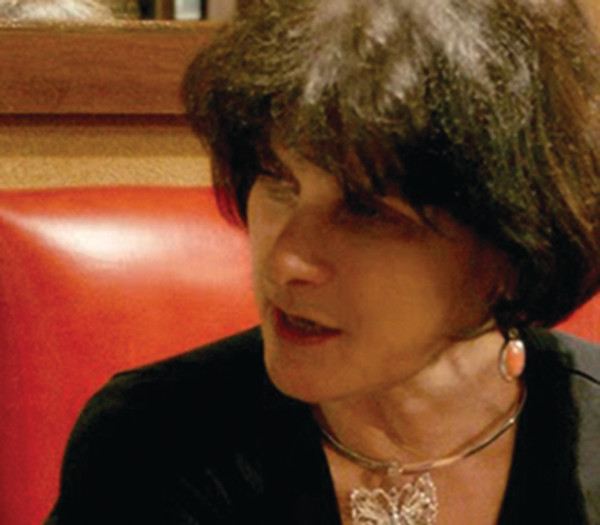 How did she come to work at Winchester? A Bridgeport native, Biederman attended college in Pennsylvania and then lived in California for about 7 years. She returned to Connecticut in 1975, settling in New Haven because she heard it had “a vibrant women’s community,” with institutions such as the New Haven Women’s Liberation Center. “It was tough to get jobs because there was a recession,” and especially hard for women. She was placed as a substitute secretary in Winchester’s International Division from December 1975 to April 1976, and again in July of 1976.

How did she feel about working at a gun factory? “I didn’t care. I wanted to make enough money to pay my rent and buy food. Not that I liked guns, but I had no moral qualms about it.” Like many of her co-workers, she mostly thought of the guns as sporting items.

The “moral qualms” came later. She was aware from the beginning that there was a federal investigation going on. Then she happened to see a documentary called “Last Grave at Dimbaza,” about “how horrible conditions were in South Africa.” She was scared at first to begin the investigative reporting effort, “but this documentary changed my mind.”

What about her co-workers? They “felt betrayed…” Unlike Biederman, a temporary agency employee, “they really worked for Winchester. It looked bad for them that they had socialized with me. I felt bad about that for along time. But I felt this was more important.”

The Makeover Biederman published a novel called The Makeover in 1984. It is the story of Muriel Axelrod, a secretary at a fictional munitions plant in San Francisco, who learns that her bosses are running guns to South Africa and undertakes her own investigation.